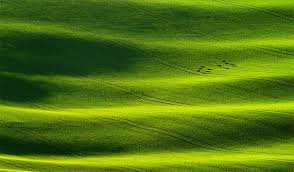 On August 06, 2014, the Government issued the Decree No. 80/2014/ND-CP on the waste water drainage and treatment prescribing that Polluters must pay for pollution treatment; the income from drainage service must step by step cover the expense of drainage service.

Other important contents mentioned on payment method for drainage service, in case the discharging entities use water from the common water supply system, the volume of domestic waste water and other waste water shall be counted in turn 100% and 80% of the volume of consumed water in the water bills.

In case the discharging entities do not use water from the common water supply system, the volume of waste water shall be calculated depend on the average volume of water consumed per capita by the provincial People’s Committee in the administrative division decided for the domestic waste water and according to the indicator on the water meters for other waste water.

Besides, the Decree also promulgates some investment incentive and support policies. The drainage projects of urban areas and rural residential areas invested by entities shall be supported as having incentives to land levy and land rents according to the regulations of the Law; receiving support from local state budget for investing in infrastructural constructions outside of the premises and receiving other incentives according to the regulations.