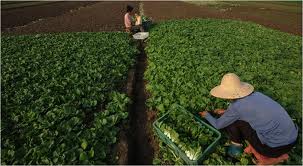 On management of urban development investment. Depending on need of urban development, ability of mobilizing resources, proposals of investors, the provincial People’s Committees shall provide for zones permitted to transfer land use right which has been invested in infrastructure construction for people (households and individuals) to self build dwelling houses, after having unified opinion in writing of the Ministry of Construction.

Especially, land use right are not transferred land lots located in geographical areas in urban districts of the special urban areas, or areas with high requirement on architecture and landscape, central areas and areas surrounding the works which are architecture prominent spots in urban areas; laying at the front face of routes at zone level or higher level, and routes being main landscape in urban area.

This Circular takes effect on January 5, 2014