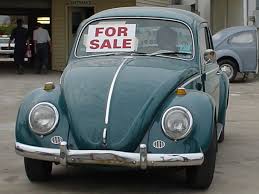 On November 20, 2013, the Government issued Decree No.  187/2013/ND-CP on detailing implementation of the Commercial Law regarding to international purchases and sales of goods, agencies’ activities for purchases, sales and processing and abroad goods transit. Remarkably, Decree regulates the allowance to import second hand car under 5 years old, calculated from the date of manufacture up until the year of import. Based on requirements of management in each period, the Government shall assign the Ministry of Industry and Trade to stipulate the import of types of cars carrying people with less than or equal to 9 (nine) seats

Besides, the Decree also supplements several imported goods under prohibited list into Vietnam. Concretely, from February 20, 2014, apart from several imported goods under prohibited list prescribed by existing regulations such as second hand consumer goods; used motor bike… Individuals and organizations are not allowed to import following items: All kinds of automobiles and single-purpose spare parts of automobile, motor bike, motor cycle, motorbikes on which the body code numbers and engine numbers are erased or carved; postage stamp under prohibited list of trading, exchanging, displaying and propagating according to regulations of Post Office Law; radio equipments, appliances using radio wave technology which doesn’t suite relevant radio wave planning and technical standards; plant protection chemicals forbidden to use in Vietnam…
In urgent case, the Prime Minister shall decide to temporary suspend importation or exportation to or from certain markets or of certain types of goods in order to ensure security and national interests, consistent with the law of Vietnam and international treaties to which the Socialist Republic of Vietnam is a member. Decisions of the Prime Minister shall be publicly announced for the information of domestic and foreign organizations and individuals.
This Decree takes effect on February 20, 2014.

Facebook Twitter Google+ LinkedIn Pinterest
Previous article Advertising works are not allowed to be installed in the safety corridor of road tunnels.
Next article To guide the application of advance pricing agreements to tax administration